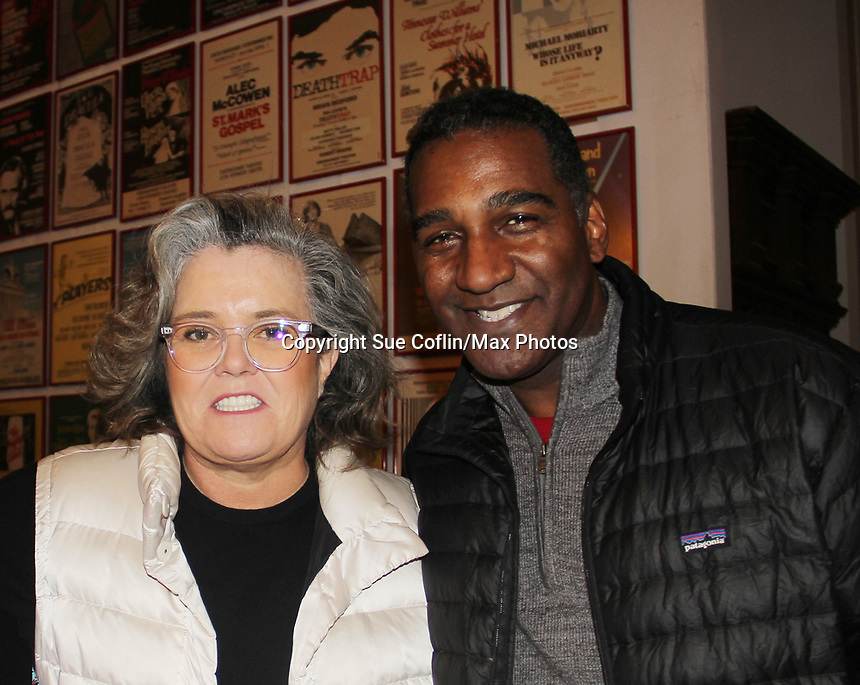 All My Children's Norm Lewis as "Harold Hill" and Rosie O'Donnell as "Mrs. Paroo" star in the musical The Music Man at the Eisenhower Theater at the John F. Kennedy Center for the Performing Arts, Washington D.C. in a sold out run and photos were taken on February 10, 2019 in the green room. (Photo by Sue Coflin/Max Photo)