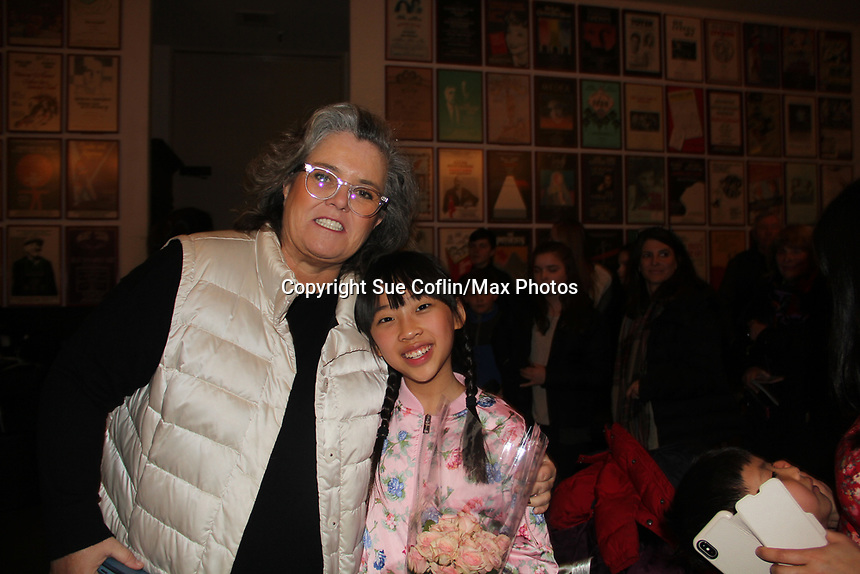 All My Children's Rosie O'Donnell and Emmy Elizabeth Liu-Wang star in the musical The Music Man as "Mrs Paroo" and "Amaryllis" at the Eisenhower Theater at the John F. Kennedy Center for the Performing Arts, Washington D.C. in a sold out run and photos were taken on February 10, 2019 in the green room. (Photo by Sue Coflin/Max Photo)