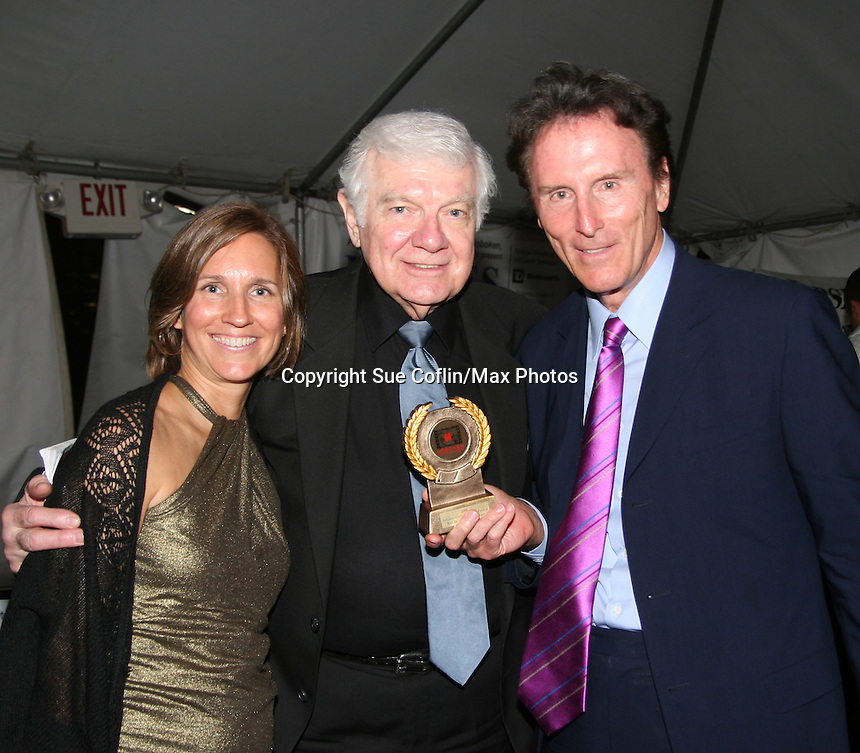 Gary Null with award about Vacine Nations and Richard Barclay at the Gala Awards Ceremony of the 2008 Hoboken International Film Festival which concluded with Billy Dee Williams being presented the Lifetime Achievement Award and then nominees and winners were announced on June 5, 2008 at Pier A Park, Hoboken, New Jersey. (Photo by Sue Coflin/Max Photos)