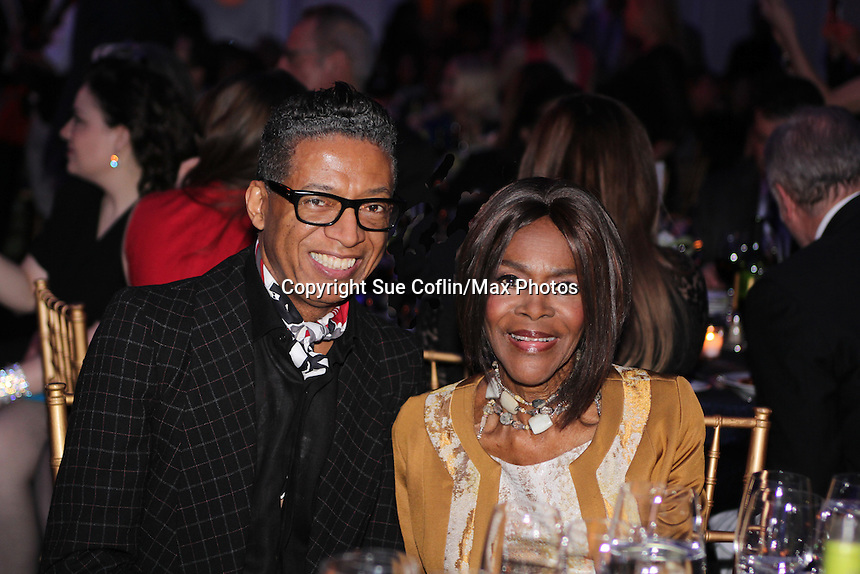 B Michael (fashion designer) poses with Cicely Tyson (film, tv and stage actress and was on The Guiding Lignt) who is honored at The 11th Annual Skating with the Stars Gala - a benefit gala for Figure Skating in Harlem on April 11, 2016 on Park Avenue in New York City, New York with many Olympic Skaters and Celebrities. (Photo by Sue Coflin/Max Photos)