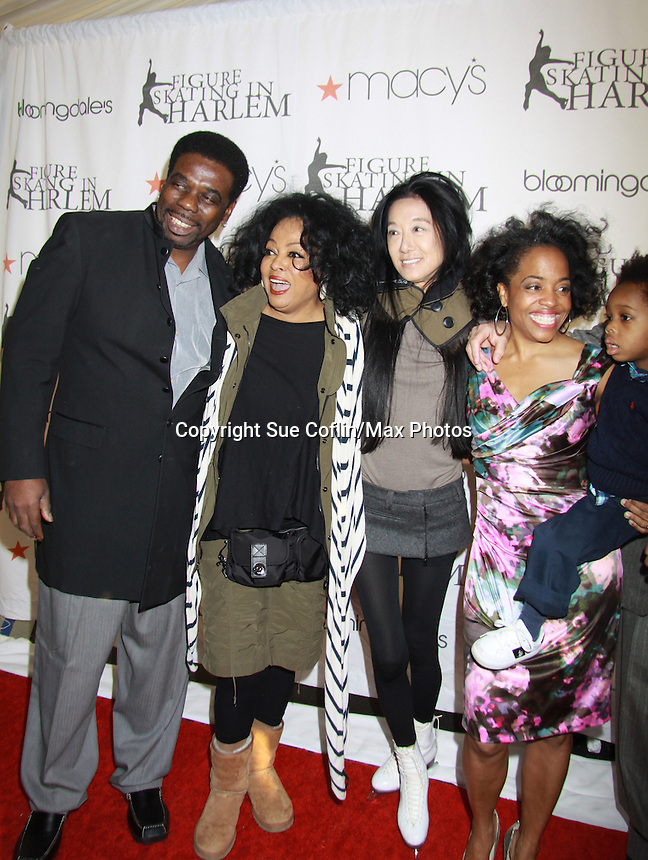 Another World's Rhonda Ross with her mother Diana Ross (of the Supremes) and her son Raif where Rhonda was honored with the Star Leadership Award at the 2012 Skating with the Stars - a benefit gala for Figure Skating in Harlem celebrating 15 years on April 2, 2012 at Central Park's Wollman Rink, New York City, New York. (Photo by Sue Coflin/Max Photos)